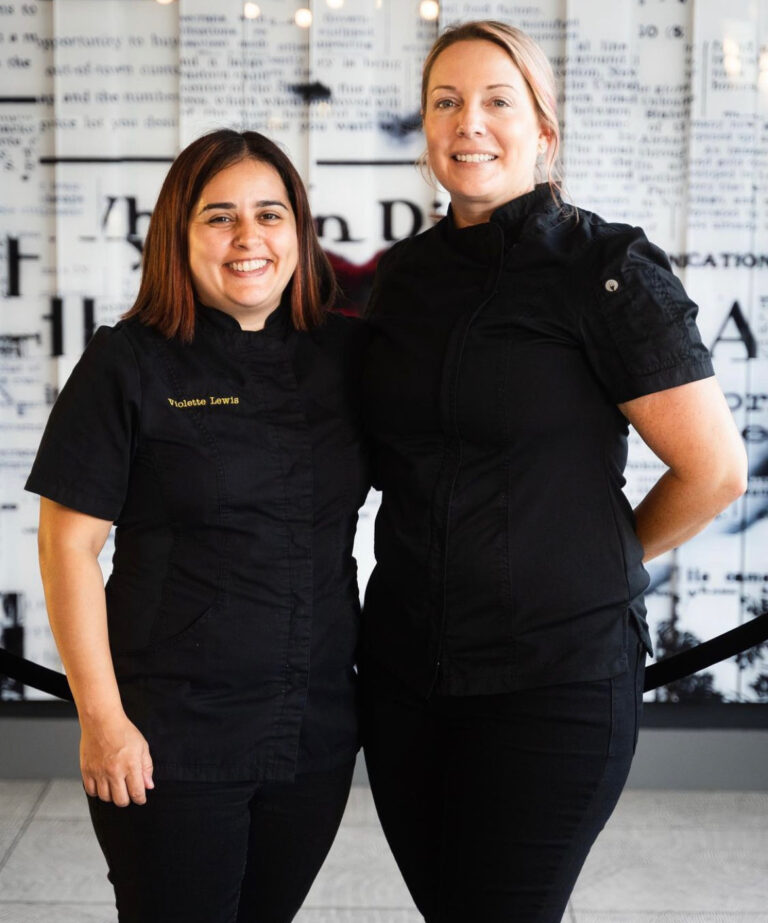 Chef Lesa has been in the culinary industry for going on over 14 years. Her decision to attend The San Diego Culinary Institute, ranked 7th in the Nation, was inspired by her Mother. She graduated in 2007 and got her first gig at Mister A’s in downtown San Diego. She honed her skills and technique there as she worked her way up from garde manger to line cook very quickly. She completed her externship there and was looking to set foot into the catering world. She worked for a small catering company, The Gourmet Group, and started to really understand the catering industry.

From there, she ventured into the Corporate world, and climbed the ladder for 8 years there. Compass Group USA is where her career took off as she stepped into a brand-new kitchen at Qualcomm, San Diego. She was responsible for overseeing all catering operations on campus (3 million), operating a café (2 million), an on-site garden, VIP tours & lunches, traveling to help open accounts and keeping her food and beverage costs within budget. Her kitchen was the largest in Southern California, a show kitchen with all the bells and whistles, and was declared a Center for Excellence in which she trained all incoming new chefs in the area.

She also worked at The Wild Thyme Company, San Diego’s voted “best caterer.”  In March of 2018, as the Executive Chef, she has put her own processes and organization into the culinary operations while she was there and currently take great pride in the beauty of her food creations. She looks forward to serving you!

From an early age Violette exhibited a passion for cooking.  She would spend time in the kitchen with her Mother and Great-Grandmother learning family recipes and experimenting with new ones from cook books.

In 2003 she won The San Diego Art Institute’s best teen chef in America Scholarship competition.  She earned an Associate of Science in Culinary arts and a Bachelor of Science in Culinary Management.
While attending school she worked at Island Prime, C-Level Lounge, Soliel  K in the San Diego Marriott, Hospitality Inc (one of San Diego’s largest catering companies), and Woolfies Bakery in Cape Cod, Mass.
Upon completing school she became a sous chef at Hospitality Inc.  From there she went to work for Compass Group overseeing corporate catering and restaurant operations for 11 years in companies like LG Electronics, Teradata, and Qualcomm.  Most recently she was the Executive Chef at the Wild Thyme Company where she would oversee large scale events, weddings, private dinners and restaurant operations.
As a San Diego native Violette has a passion for quality farm to table ingredients and uses classic techniques to bring her dishes to life.  She specializes in one of a kind private dining experiences.

All of our food is MADE WITH LOVE with our own two hands, and we look forward to SHARING that with YOU.